By going through them, you will get to learn a lot of tips and strategies that get these entrepreneurs to where they are today. Their stories are also a great dose of motivation to help you start building a thriving online business yourself.

Below are the top 10 Shopify eCommerce millionaires and their success stories to learn from and get inspired.

Ben Francis started Gymshark – a famous fitness apparel startup – as a side hustle Shopify dropshipping store. Back in 2012, he spotted a gap in the sportswear market, which is the lack of affordable functional but still fashionable activewear for young gym-goers.

By keeping the focus on this niche, and successfully partnering with social media influencers and celebrity trainers, he has turned the small project into a million-dollar then billion-dollar brand.

Now, Gymshark distributes its own range of private labeling and print-on-demand fitness wear and still employs dropshipping to reduce operation costs (Yeah, dropshipping is not dead!).

Here’re some tips to start a Shopify business successfully provided by this young eCommerce & dropshipping millionaire:

It all started in 2013 when LaPlante and Kassan – 2 college dropouts – couldn’t find a stylish and well-made watch that was affordable for millennials.

They decided to launch a crowdfunding campaign on Indiegogo in June 2013 to funnel the idea, which eventually had become the second most-funded fashion campaign in Indiegogo history at the time, raising over $290,000.

Over the next three years, they successfully sold over 600,000 MVMT watches in over 160 countries based on selling direct to consumers through online channels instead of retailers, cultivating a loyal social media fan base on Facebook, Instagram, Pinterest, and data-driven marketing.

Some key takeaways from this success story are:

Miroslava Duma and co-founders launched Pangaia only in the summer of 2019 in London. With a material science focus and sustainable fashion practices, the business took over social media and press coverage by storm and become hugely popular.

Barely into its first full year of existence, Pangaia exceeded $75 million in sales even during the pandemic.

The million-dollar eCommerce success of the fashion clothing brand Pangaia can teach you some important lessons:

During years of playing as a professional footballer, one thing that would not stop bugging Tim Brown was the sneakers. Although his team was sponsored by big brands like Adidas and Nike, he felt that their sneakers were often too flashy and packed with corporate logos.

After retiring, he decided to start his own startup AllBirds to tackle the issue, which ended up becoming a billion-dollar success.

From its earliest days as a pilot project on Kickstarter, the brand took sustainability as the core differentiator. People also love its shoes for being minimalist and unbelievably comfortable.

Less than a year after officially launching, Allbirds became a certified B Corporation, committed to making the most eco-friendly footwear in the world while actively investing in costly technologies to minimize its environmental impact.

Here are what you can learn from this Shopify eCommerce millionaire success story:

Founded in 2013 and backed by “Shark Tank” star Daymond John, Bombas is famously known for its socially conscious business model. That is for every pair of socks sold, the company will donate a pair to the homeless.

The two eCommerce millionaires came up with the idea back in 2011 when they stumbled upon a Facebook post that said socks were the most requested clothing item at homeless shelters. It was also about the time when the buy-one-give-one business model was booming.

They worked with manufacturers around the world to construct the perfect pair of socks and hustled on growing the brand as well as the Shopify store at night while still working their full-time jobs.

Bombas socks are considered high-ticket compared to other brands. That’s because the founders model after Starbucks, concentrating on bringing customers a premium shopping experience and a better product.

After laser-focusing on socks and having tremendous success with them, Bombas launched apparel as its new category.

These are what you can take home from this Shopify eCommerce millionaire success story:

Gretta Rose van Riel is the founder of 4 multimillion-dollar Shopify eCommerce brands (SkinnyMeTea, The 5th, Drop Bottle, and SkinTox) that has generated over eight figures in revenue combined.

She also won Shopify’s build-a-business competition, knocking down thousands of other eCommerce businesses from around the globe.

Gretta attributes a large portion of her success secrets to influencer marketing, seeing it as the backbone of all her entrepreneurial endeavors.

Here are some tips and advice that the eCommerce millionaire gives to beginner Shopify store owners:

Sujata and Taniya Biswas are the millionaire eCommerce co-founders of Suta – an online store selling sarees (dresses made from cotton or silk elaborately draped around the body, traditionally worn by women from South Asia).

In the villages where they live, there’s a lack of ethical standards and fair wages. Therefore, from the inception of the brand in 2016, the two’s vision is not only to create the best sarees in the world but also to compensate artisan weavers for their hard work.

Su and Ta had no formal experience in fashion, eCommerce, or Shopify, so the journey was full of confusion and obstacles at first. However, after years of setbacks and crises, their determination still held them going and helped them steadily grow the brand to where it is today.

What you can learn from this Shopify eCommerce millionaire success story are:

Another brand that supports artisans and donates to social causes is Pura Vida Bracelets.

After college, Griffin Thall and Paul Goodman moved to Costa Rica and met some local talented jewelry makers. They asked the artisans to make 400 bracelets and put them on display in a local boutique. Surprisingly, they were sold out completely within just a few days.

This was when the two entrepreneurs saw the opportunity, realizing that these pieces were more than just simple friendship bracelets. They were a movement that celebrated the simple things in life.

Besides social promotions, personalized email marketing is a powerful weapon that Pura Vida leverages to accelerate their business. And, they utilize it to the max in tandem with the Pura Vida Club – a subscription model offering exclusive products to customers who join the program.

In 2019, Vera Bradley – a leading American lifestyle company – announced it had signed a definitive agreement to acquire a 75% interest in Pura Vida Bracelets, which was about $130 million.

This Shopify eCommerce millionaire success story feeds you with some important lessons:

Established in 2014, HiSmile is a cosmetics company based in Queensland Australia. It was founded by two entrepreneurs Nik Mirkovic and Alex Tomic who spotted a gap in the market and decided to produce a one-size-fits-all vegan-friendly and cruelty-free teeth-whitening kit.

HiSmile is a 100% online brand that uses Instagram and Facebook Advertising as its primary channels to engage with its global customers. The company also heavily takes advantage of data from Facebook and Shopify to learn directly from customers on the fly.

For the first few months, the founders centered around brand building. They targeted local influencers and sent them a product for them to review free of charge. Nik and Alex then took feedback from domestic customers and focused on improving products before going worldwide.

Some tips and strategies from this eCommerce millionaire success story are:

With social media savvy and an obsession with customer experience, Nathaniel Anthony and Chris Anastasi decided to launch Muscle Nation with the belief that they had the recipe for success.

They were right. In its first year of business, the brand made $1 million in sales. And, by year four, it reached $50 million in annual sales thanks to over one million followers across social media platforms.

Revealing the secrets of their eCommerce millionaire success, they attributed it to their unrivaled customer service. Muscle Nation replies to everyone and talks to them like they are their friends. By doing that, the brand is able to create a massive community of cult-like fans where they would buy anything the company creates.

Here’re some tips to take away from this Shopify success story are:

How To Become A Shopify Ecommerce Millionaire?

There is no one-size-fits-all formula to become a Shopify eCommerce millionaire. It eventually comes down to commitment and perseverance – things like constantly doing research, experimenting with new winning product ideas, and not backing down when failing.

So, just try it out yourself. Even if you’re not successful, the knowledge you learn from eCommerce is much much more valuable than any amount of money and can always be applied to all of your future businesses. 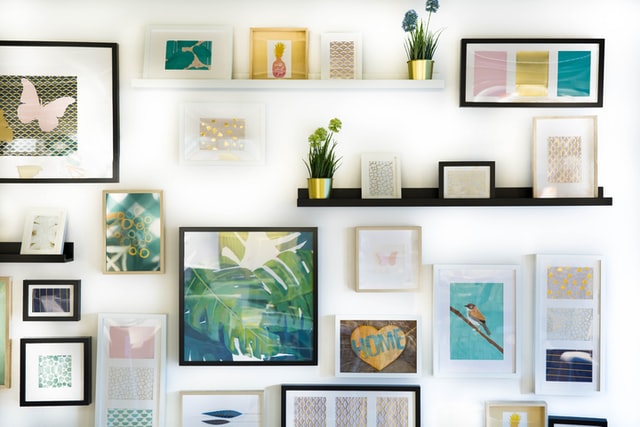 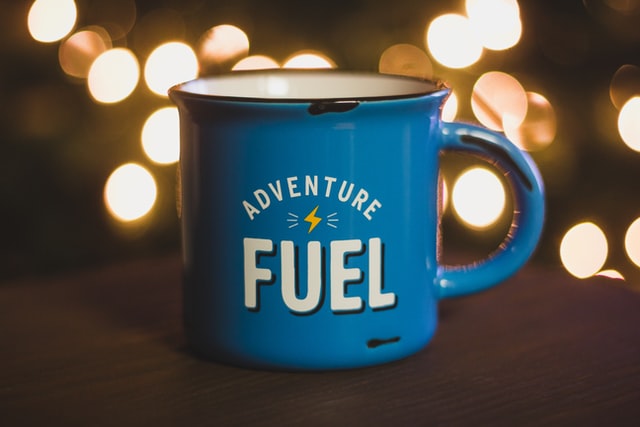 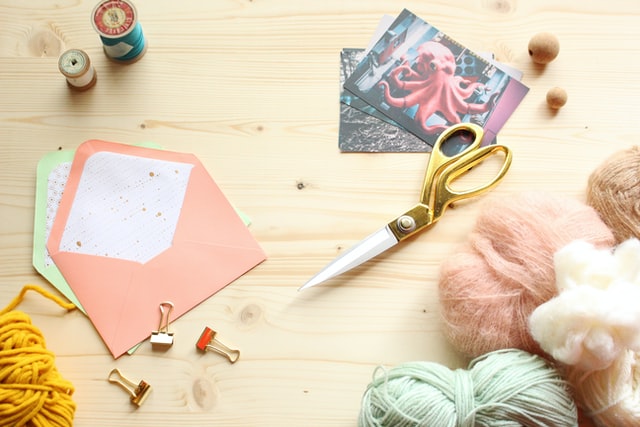 Over the past few years, we felt the lack of comprehensive materials to help you succeed online.
We decided right then it's our mission to help you achieve just that.
Our vision is clear: To become the number one entrepreneurial source by providing the most complete guidance and advice on starting a successful online business.

Our blog might contain ads and affiliate links that support us to deliver more amazing content to everyone.